A downloadable game for Windows

Our theme behind the dual-purpose mechanic was the energy system that acts as a shield, mobility option, and progress checker. To be honest, this is our first jam and we had more ideas behind the energy system such as activated skills and such, but we ran out of time. :)

You play as a robot with a battery attached to your back and an outlet plug in your hand as your weapon. Your goal is to defeat all the enemies on the map, drain them of their electric charge, and proceed through the goal (only after doing all of the previous steps). If anyone gets a score that they think is cool, let me know @Tsyoo_ on twitter. I've actually been having a lot of fun seeing how fast I can beat it. My time right now is 1;10;42! :)

Left and right arrow keys to move, space to jump (double jump costs energy!), and shift to attack. Use the up arrow to drain some electricity off of defeated foes and to enter the exit.

Also just now realized the timer doesn't work correctly, but you'll still be able to see your time; seconds will keep counting up past 60 even though a minute will have passed.

This is for Windows.

Thanks to Shaun Spalding for his videos and tutorials on the Game Maker engine, which we used. 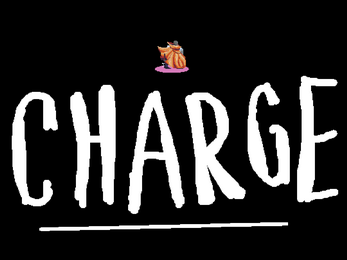